skip to main | skip to sidebar

At sixteen, Juliet Moreau leads a harsh life, scrubbing floors at the medical school where her father used to teach before the scandal that led him to abandon his family.  Left seemingly orphaned after her mother's death, Juliet can scarcely believe her circumstances, which quickly worsen to the point that she herself must flee--with a former servant and childhood friend, Montgomery, to her father's island refuge on the other side of the world from Victorian London. Little does she know the grisly details of her father's research that will meet her there, or the choices she'll have to make.

Fans of Gothic horror will love this novel, but even readers who don't ordinarily enjoy such gruesome doings can enjoy the way Shepherd explores family secrets and self-revelations. You don't need any knowledge (or even awareness) of the novel's inspiration, H. D. Well's The Island of Dr. Moreau to follow the story of the love triangle Juliet finds herself in or her growing realization of the depth of her father's insane obsession with creating monsters in the name of science. Also, Shepherd saves some great surprises for the very end of this novel, so I can't wait to read the next one!  Recommended for ages 13 & up. Mild sexual situations, horror.
Posted by Mary at 8:40 AM 2 comments:

Who Could That Be at this Hour?

Who Could That Be at this Hour? vol. 1 of All the Wrong Questions by Lemony Snicket (NY: Little, Brown, 2012).

Thirteen-year-old Lemony Snicket heads off with his odd new chaperone, S. Theodora Markson, to the small town of Stain'd-by-the-Sea to begin his apprenticeship in the mysterious VFD. They are tasked with restoring a stolen statue of the Bombinating Beast to its rightful owner, but the owner's identity quickly becomes unclear, as does the identity of who has hired them and a myriad of other circumstances.

Inquisitive readers will love this new series by Lemony Snicket which begs many questions and defines many words with the same dark and deadpan humor that made A Series of Unfortunate Events so popular. The villain of the series, Hangfire, appears only as a talented mimic who impersonates the voices of other characters to lead Lemony astray as he pursues clues.  It's a roundabout but entertaining tale of clever kids and daft adults that middle-grade readers will enjoy.  Recommended for ages 8 and up.
Posted by Mary at 10:40 AM 1 comment:

Ten-year-old August Pullman is nervous about starting fifth grade after being homeschooled all his life.  He knows he looks different from other kids, even frightening, because of congenital facial deformities, but deep down he feels like an ordinary kid, and he wants to be treated like one. He visits Beecher Prep before school starts and the middle school director, Mr. Tushman, has arranged for several students to show Auggie around and then help him over the first few days.  While the arranged friendships don't work out as planned, another student befriends him, and eventually a few more, until at last nearly everyone learns to see past the deformity and value Auggie for who he is--a super, nice, funny kid.

First off, hats off to Palacio for her incredible handling of such a sensitive topic. Most places wouldn't consider fifth grade middle school the way this book does, but it is the perfect grade for a book on this topic because kids are a lot more forgiving at ten than at thirteen, when being like everyone else and fitting in become much, much more crucial. Not that all of the characters are able to see past Auggie's appearance.  One boy in particular bullies Auggie and instigates some aggression. Auggie is a wonderful character, funny and heart breaking by turns, and I loved reading his perspective.  His sense of humor makes him engaging for readers and lends credibility to his developing friendships.  What made the book brilliant, though, is the varying perspectives of so many characters, some of whom seem peripheral, but whose viewpoints show how actions beget more actions.  This includes how Auggie's parents' actions have impacted their family life and how his older sister has adapted. Further, all the characters are brutally honest about their initial reactions to Auggie's appearance and then how their feelings change as they get to know him. None of the adults serve as narrators, so the novel is truly kidcentric, even as adults obviously guide some of the events.

This book is virtually guaranteed to win many awards and land on many best and recommended lists. It would make a great readaloud, especially at school where issues like bullying and judging people by their appearance could be usefully discussed.  Overall, it's a wonderful read for ages nine and up.

Fifty-something Clover has been married to  her busy pediatrician husband for thirty-plus years. Their twenty-three-year-old son Nick, currently unemployed, has moved back into the family home, and their daughter Evie is away at college.  At one point Clover worked on the local paper as a reporter, but her job has been scaled back to a weekly gardening column.  Her life hums along just fine until one morning she gets out of the shower and can't see herself in the mirror--she's invisible. That first day she flickers back into visibility, but by the next morning it's permanent.  And no one notices except her best friend. A want ad in the paper takes her to a meeting with other invisible women where she learns that they've deduced that their condition is a side effect of a pharmaceutical trifecta: antidepressant, calcium supplement, and hormone replacement therapy, all products of a single company.  Plus, most of them have had a Botox treatment or two as well. The company knows about the side effect but has refused to take the highly profitable drugs off the market.  While Clover initially settles into an invisible funk, she eventually gets her journalistic mojo back, asserts herself at home, and organizes the invisible women to force the chemical company into action.

Obviously, this novel will resonate with any woman (of a certain age or not) who has ever felt overlooked or taken for granted, though Ray manages to show that no woman should get mired in self-pity.  Rather, she can embrace her talents and empower herself, as Clover does. Thankfully, Clover, despite her unfortunate name that evokes pastures, recognizes her literal invisibility as a trope for all middle-aged women whose families and communities willingly take advantage of their stalwart if unassuming presence. Clover also sees that she has let this happen to herself.  While all of this may sound serious and even melancholy, this novel is anything but a total downer.  Clover's visit to the doctor (who also fails to notice that his patient is invisible) is hilarious, as are some of her invisible exploits, such as freaking out an abusive husband in a grocery store parking lot.  The stories of the other invisible women add variety as well.  Overall, a bracing and introspective read, highly recommended for women of any age.

Night of the Purple Moon

Abby and her family have just moved to Castine Island, twenty miles off the coast of Maine, from Massachusetts.  For months scientists have been talking about a comet that will pass over the earth leaving a vast trail of space dust and spectacular colors, including a purple moon.  But no one predicts the killer bacteria that attacks human hormones, leaving all adults and older adolescents dead.  Abby, her brother Jordan, and baby sister Toucan and the other kids on the island struggle to adjust to their new life, all the while hoping for a cure before they, too, die.

This novel is like Hunger Games for the younger set--survival in a post-apocalyptic dystopia.  Middle grade readers will love the fast pace and vicarious exploration of life without adult supervision plus the suspense of getting the cure in time. Highly recommended for ages 10 & up.
Posted by Mary at 5:30 PM 1 comment: 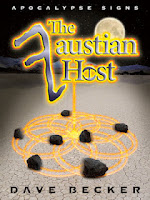 Fourteen-year-old Tony Marino's grandmother, who has taken care of him since his mother died when he was young, has just died; that's upsetting enough, but then a bizarre stranger in the cemetery makes some cryptic comments to Tony and a meteor destroys his grandmother's Florida home.  Tony finds himself whisked away to Massachusetts by his new guardians, the Browns, and testing to get into the elite Kalos Academy, a special day school for extremely gifted students. Strange events follow Tony there, though, and many of his classmates regard him as cursed. Worse, he seems to be associated with a series of unexplained natural events similar to Biblical plagues that befall the area. Tony and his small group of friends set out to discover the source of the events, leading to hair-raising adventures including a cataclysmic showdown of epic proportions in Death Valley.

Middle grade readers will enjoy this wild combination of adventure, fantasy, and supernatural elements.  There's also a bit of awkward romance as Tony crushes on the enchanting Katie, the dean's daughter. The theme of success via cooperation runs through the book, a lesson that Tony in particular needs to learn. Recommended for ages 10 & up.

When sixteen-year-old cello prodigy Cole (short for Nicole) starts having visions of the past while visiting London, she's afraid she's going crazy. She feels as though she's walked the streets before--though they're slightly different.  And at the Tower of London she practically envisions a beheading--her own! Then she passes out in the arms of the amazingly attractive Griffon and feels an intense attraction to him.  Once she's back home in San Francisco, her visions continue, sometimes triggered by a smell or a touch.  Griffon explains that the visions are from past lives and she's transitioning to becoming an Akhet, like him--someone who has lived before and will continue to do so with memories intact in order to help the world.  But before that can happen, a rogue Akhet from Cole's past threatens her life while trying to right a perceived wrong from the past.  Racing to solve this mystery, Cole puts herself and those she loves in danger.

Transcendence is a wonderful and unique blend--part mystery, part thriller, part romance, part historical--that adds up to a fabulous read.  Omolulu creates a tense situation by having Cole's past come back in bits and pieces involving many people in her current life.  The mystery from the past is particularly intriguing as Cole and her best friend Rayne research old San Francisco to figure out what happened. The scenes at the Tower of London involving Nicole's past are also well done and engrossing and make for some additional surprises.  All in all, highly recommended for ages 13 & up.  Sexual situations, mild language.
Posted by Mary at 3:14 PM No comments:

Mary
Indiana
I read a lot, especially kid and young adult lit. This blog will review what I've been reading. I get most of my reading material from the library, plus I buy books at school book fairs and the usual stores. I look for freebies on Amazon for my Kindle, and I'm happy to review any ARCs or e-galleys I can get my hands on.